We are approaching the Ministry of Information as a unique case study  in the history of communication. This post by Professor Simon Eliot explains why. 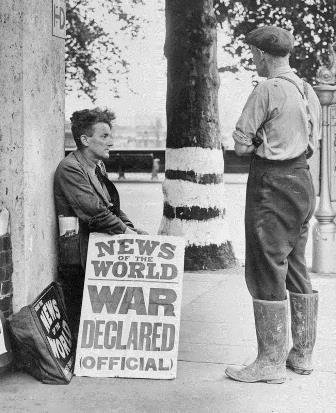 The history of communication is concerned with the ways in which information, understanding and knowledge have been communicated from individual to individual, and from community to community, through both space and time. It is not only interested in the physical form of the message, but also in its material mode of transmission.

Until the nineteenth century most of this communication was achieved by the transmission of written or printed text and pictures. Thus a history of communication can include books, but can also embrace everything from the clay tablets which were moved along the Tigris and Euphrates in ancient Sumeria, Babylonia and Assyria; through private letters written on paper carried by postboys on early modern European roads; printed newspapers and scientific journals delivered by mail coaches and railway trains; and developments in cinemaphotography and the wireless transmission of radio and television.  It can even include the more recent development of the Web; the growth of emails, videoconferencing and social media; and the emergence of print-on-demand and rise of on-line publishing.

In other words, the subject is concerned not just with the transport of goods (such as books) and people as physical vectors of communication; but also with the transmission of encoded information  through signal fires, the telegraph, the telephone, and broadcasting; and with the transfer of economic value through coins, bills of exchange, cheques, and PayPal.

The Institute of English Studies (IES) has pioneered the exploration of this field by running a sequence of research seminars on various aspects of the subject. It felt, however, that a major study in the history of communications was needed in order to establish new research methodologies. The most striking subject for such a research programme was on our own doorstep or, more precisely and literally, within our doors. Indeed the IES offices in the University of London’s Senate House were amongst those taken over by the Ministry of Information (MOI) at the beginning of the Second World War. Senate House would serve as the MOI’s headquarters until 1946, and would later be immortalised by George Orwell as the ‘Ministry of Truth’ in his novel Nineteen-Eighty Four.

The MOI was responsible for many aspects of the way in which the UK government communicated news and information to its own people, and to large parts of the rest of the world. It used all modes of communication open to it: pamphlets and books, posters, travelling exhibitions, peripatetic lecturers, loudspeaker vans, films, radio broadcasts and, abroad, printed information dropped from planes. The MOI, in one building and over just seven years, encapsulated a host of ways in which human beings – both successfully and unsuccessfully, intentionally and unintentionally, openly and circumspectly – attempt to communicate to each other.