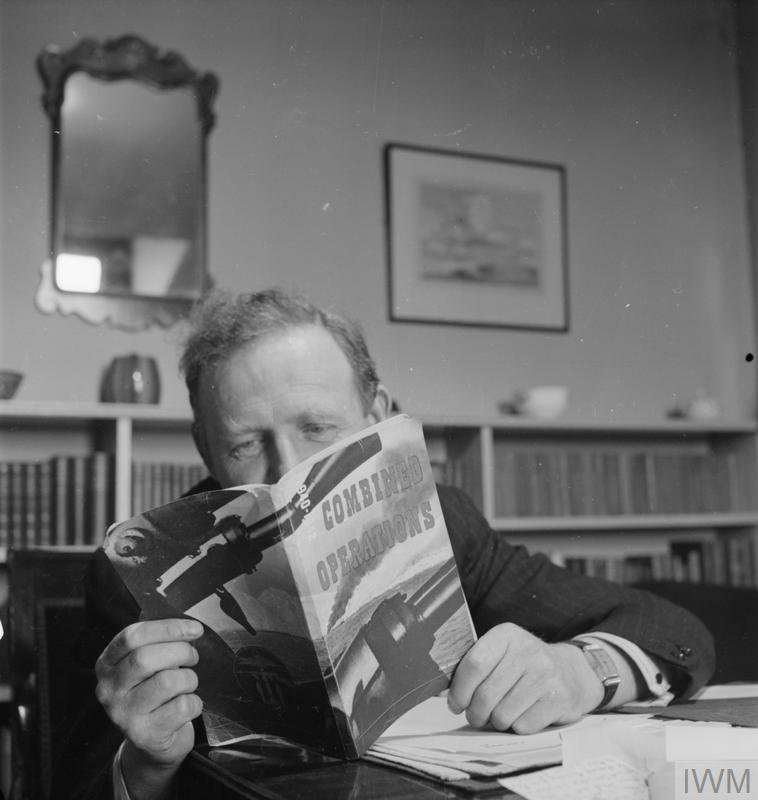 The Macmillan Hall in 2013 : Photo © The University of London

The University of London’s Senate House has a rich and intriguing history. The building was the second tallest in London (beaten only by St Paul’s Cathedral) when it was opened in 1937. Yet, despite its prominence, Senate House would become the secret home of the Ministry of Information for the duration of the Second World War.

The relationship between the Ministry of Information and University of London was complicated by the fact that the first Minister of Information – Lord Hugh Macmillan – was the Chairman of the Court of the University. He thus found himself ‘both landlord and tenant’ of Senate House.

The first strains could be detected almost as soon as the Ministry moved into Senate House in September 1939. The situation was particularly troubling for the University’s library because it planned to remain in situ for the duration of the war (simply closing its doors to readers and carrying on as a ‘mail order’ service).

Tensions came to a head when a request by the Ministry to use the Library’s Map Room left the University Librarian fearing that his collections were at risk. A letter sent to Macmillan on 11 September 1939 spoke of ‘annexation’ and ‘occupation’. In private, he referred to the library as the University’s ‘Maginot line’ and wryly asked that his defences be armed with a machine gun.

A Message from the Minister of Information

These problems were not solved overnight. A letter from Lt. Col. N.G. Scorgie to the Senate House committee from November 1940 stated that the Minister (who was now Alfred Duff Cooper) wished to:

“…convey to the University Staff his personal appreciation of all that they have done under the most difficult circumstances to make things as comfortable as they can for the Ministry.”

He recognised that the ‘exigencies of war’ had led to a number of ‘rather unreasonable demands’ and admitted that:

“You might have had many departments who would have been easier guests for the University than this Ministry.”

Other examples of these ‘exigencies of war’ are found elsewhere in the Senate minutes.

A report on catering arrangements from the University Maintenance Officer from December 1940 recorded the Ministry’s ‘urgent’ request to annexe the Macmillan Hall as a restaurant for the press had resulted in a £506 deficit for the year.

It was explained that the kitchen had been:

“… designed for the service of University banquets, with elaborate hot plates, tea boilers etc. Its running costs were consequently high, the electricity alone costing as much as 30s every 24 hours, and were not justified by the small number of meals served.”

This state of affairs led to the creation of a new basement kitchen, cafeteria and Press Bar which would be both “economical in operation” and able “to continue operation during air raids”. It should be noted that the minutes carefully stressed that this was to be constructed by the Office of Works “at their own expense”.

Many other issues would arise out of the Ministry’s ‘occupation’ of University property. Some of these were explored by events at the 2013 Bloomsbury Festival, but many more remain hidden in the University of London’s archive. It’s exciting to imagine what more the ‘Communications History of the Ministry of Information, 1939-45’ project will discover!